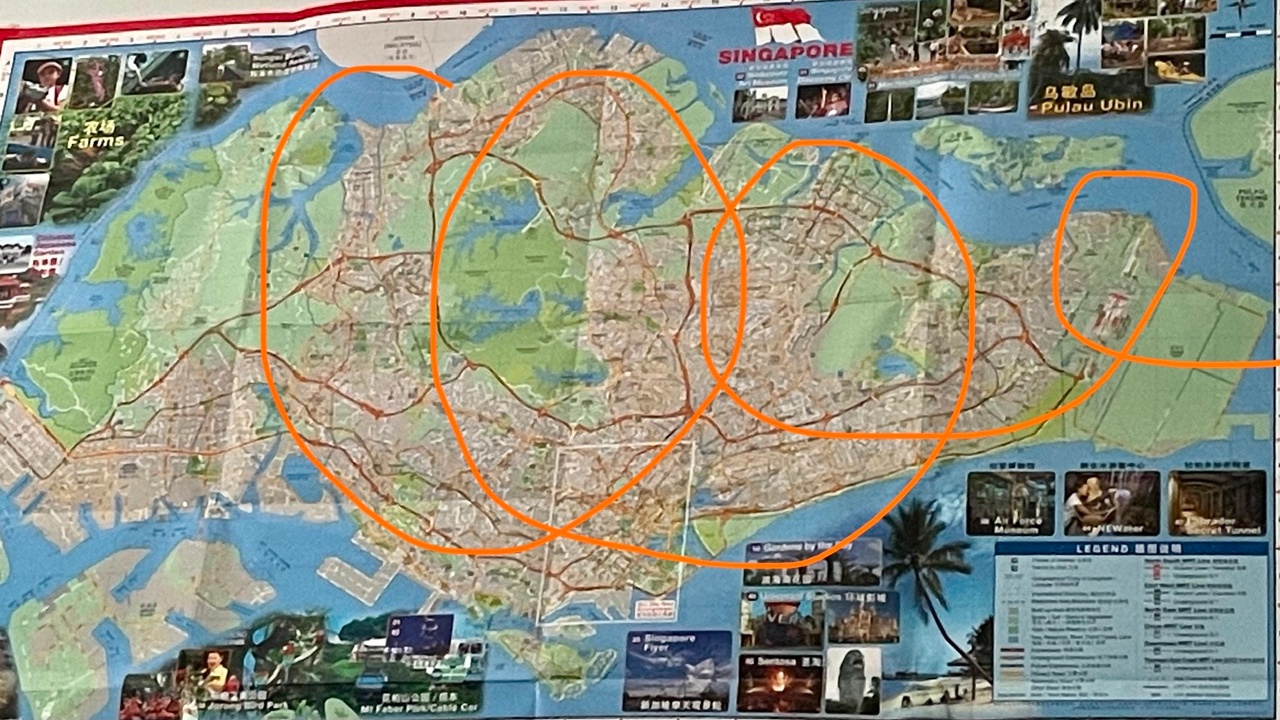 On August 9 and 16, we saw dunamis rains, tsunamis and cyclones during our worship sessions. I cautioned members to expect heavy rains, strong winds and falling trees and urged everyone to be extra careful and prayerful for their families commuting on the roads.

And indeed, it has been raining almost every day since, with flooding all over the island, first time in some places and at much greater depth, with people needed to be rescued from stranded vehicles.

On August 21, cyclone-like spiral clouds appeared during our country’s National Day Parade which had been postponed due to the pandemic. This is the first time I have seen clouds like this. 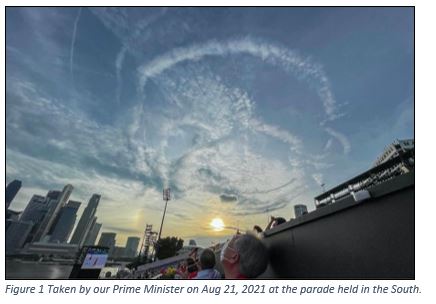 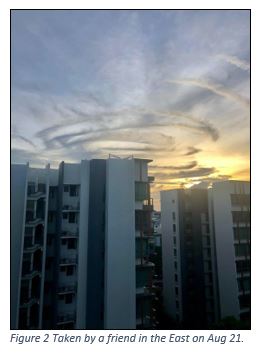 On 16 August, I saw the vision of the “cyclone” going from left to the right of the map of Singapore (see below and the post “The Dunamis Storm”). When I saw that spiral clouds have appeared in the East on August 21, I thought it meant that the dunamis storm has passed over. 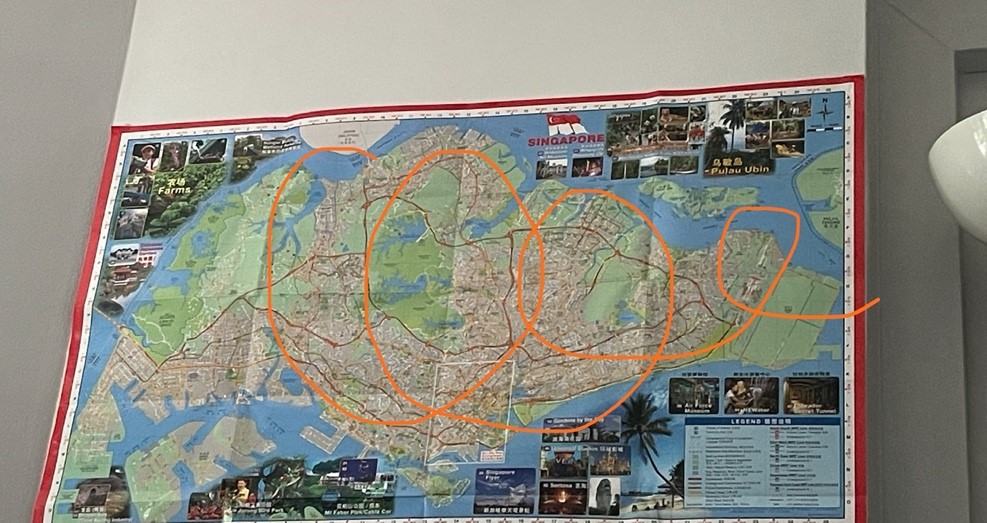 But it seems like God is not quite done with His cleansing yet.

Yesterday morning, we witnessed a great downpour, much bigger than ever before. Pictures and warnings of flash floods splashed across the news and social media. Flood waters inundate not only canals and roads but also entered a shopping mall near my home where I had planned to run some errands but had put off because of the downpour. Flood waters reached neck high on the mountain bike trail near my home and bikers had to turn back.

News reported today that more rain has pelted western Singapore in three hours more than what we had recorded for the whole month of August in previous years! 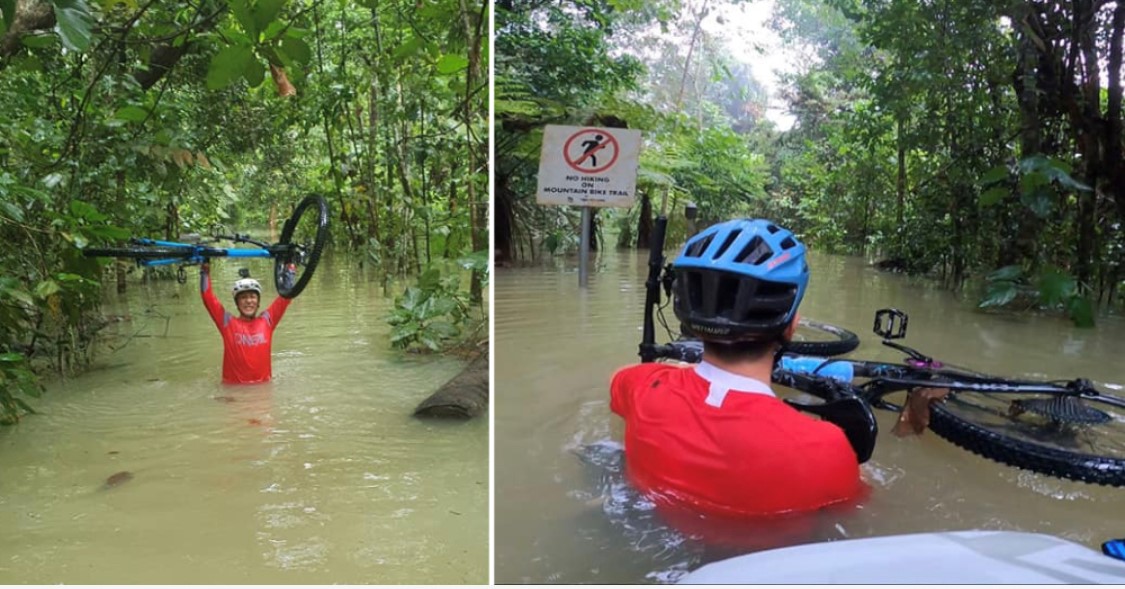 In the west, a motorist shared a video of a bizarre incident of lightning striking the ground outside a carpark in Bukit Batok just before his car passed, much to his relief. This area is near one of the places we worship at weekly. 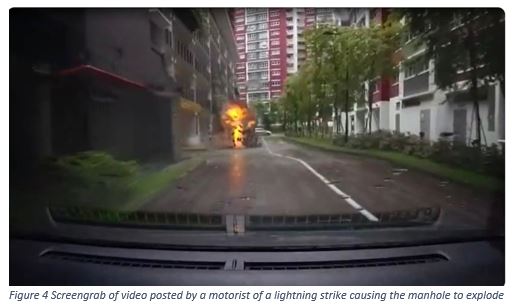 Well, lightning and I have a past.

During one of the toughest battle in my early years of warfare training, when I felt I could not take it anymore, God sent a lightning bolt that sent my enemy, and a corner of the roof of the Freemason house I was staying in the East, crashing down. And the enemy retreated.

Thank you Father for taking our little country seriously and for taking over this battle, not letting the enemy get away one bit.

Incidentally, yesterday was also the day the Vice President of US, Ms Kamala Harris, left for Vietnam after spending three days meeting with our leaders.

Covid19 cases have once again surged past 100 cases in the last two days, mainly from a dormitory for foreign workers, after a few weeks of tapering down to low thirties.

Lord, our hope is in you, not in money, chariots and horses. I trust that as your eyes are upon our little country, when you have cleansed our land thoroughly, your will on earth for us will be done, as it is in heaven. And we will find peace and rest in You. Amen. 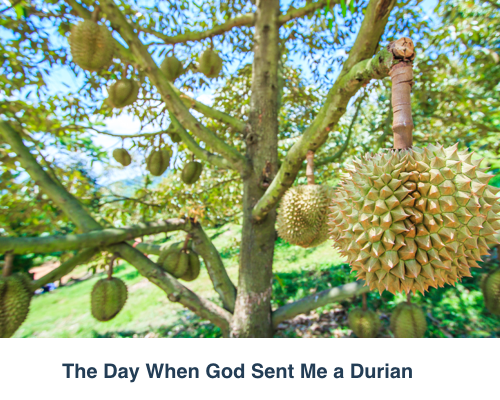 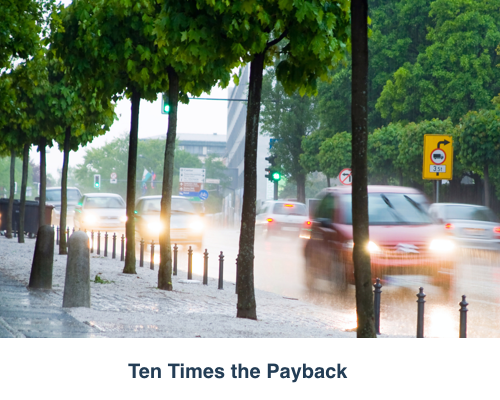 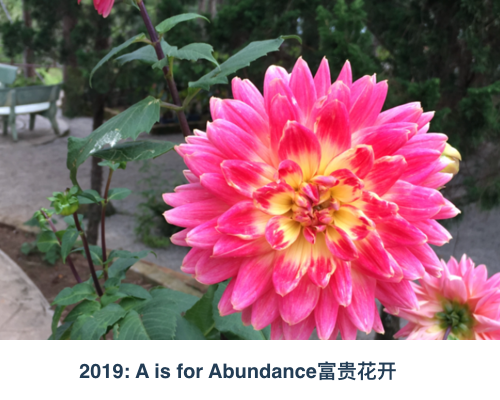